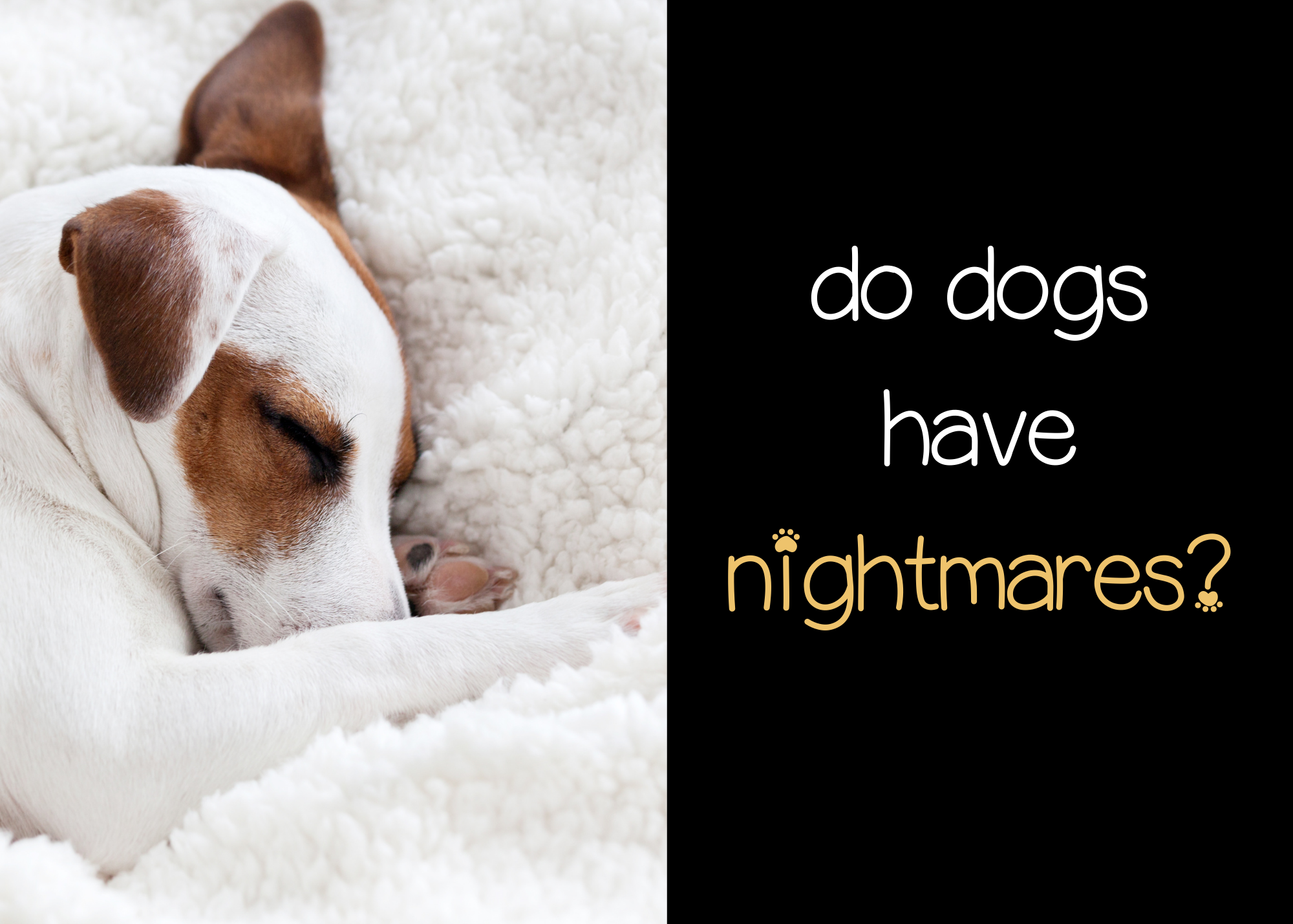 Do dogs have nightmares? Take a read of this post and learn about how your dogs dreams!

As dog owners, we want to make sure that our pups are as safe and secure as possible… And you might have found yourself wondering… “Do dogs have nightmares?”.

If you bolt upright after a nightmare, you may have wondered whether your dog does the same. Do their brains work similarly to ours? Do they even dream? Do dogs have nightmares?

Do dogs have nightmares? Let’s find out…

Now, these are pretty burning questions, and your dog’s behaviour while sleeping could have you stumped. If you’ve noticed them growling, twitching, or looking uncomfortable while fast asleep, then it’s entirely possible that they’re having some intense dreams. Studies have shown that dogs do dream in a similar way to humans, and sadly, this means that they probably experience some rather frightening nightmares too! So in answer to the question, do dogs have nightmares, the answer is most likely, yes.

If you’d like to learn more about dogs and their nightmares or would like to know what to do if your pooch is distressed when sleeping, then read ahead. We’ve got the lowdown on dog dreaming, so be ready to take notes!

Do dogs have nightmares? Let’s find out…

How do I know if my dog is having a nightmare?

If you’re asking ‘do dogs have nightmares?” you’re probably aware your dog may be dreaming, and want to be able to wake him up if it looks intense. When looking out for dog nightmares, look out for signs of twitching and discomfort. Though dogs can move about a bit when sleeping, sharp twitching, eyelid movements, or intense ear movements may indicate your dog is having a nightmare. You may also want to look out for whining, whimpering or sudden waking. There’s no hard and fast rule for recognizing a dog nightmare, but these are all indications of distress.

However, twitching isn’t always present when your dog is having a nightmare. In fact, they could be having the most intense bad dreams and look as happy as anything! This does make some sense, as it’s not always possible to tell when humans are having nightmares either.

It all takes a bit of guesswork.

Why does my dog have nightmares?

The reason for nightmares can differ from dog to dog. However, science says that dogs dream due to their sleep states.

Much like humans, dogs dip into REM sleep and deeper sleep cycles. REM sleep is key here, and dogs will experience nightmares in this state as their minds are still switched on while their body rests.

If you’re wondering how you can spot this state of sleep in your dog, we’ve got your back. When dogs hit the REM state of sleep, their breathing tends to become more irregular. Also, you’ll spot that rapid eye movement (hence the term REM!) that defines the dreaming state. As time goes on, you should be able to recognise your dog’s individual movements and characteristics during sleep. Anything out of the ordinary (or more twitchy than usual) may well indicate a nightmare.

What can I do to help my dog if they are having a nightmare?

If your dog is having a nightmare, it’s best not to wake them up. We know this will be difficult, as no one wants to watch their dog having a bad time! However, waking them up can really startle them and this could make things worse. If you think about it, their nightmares often represent their brain’s perceived threats. So, if you decide to gently shake them awake, they may well bite you.

It’s unpleasant to watch them suffering, but nightmares and dreams are a normal part of a dog’s sleeping journey. No nightmare lasts forever, so stay strong and leave them to fight it out.

How can I prevent my dog having nightmares?

Unfortunately, there’s little you can do to stop nightmares while they’re going on. However, there are some steps you can take to reduce your dog’s anxiety. A chilled-out dog is much less likely to have nightmares, so addressing any anxiety issues your dog may have is a great place to start.

This sounds a bit intense, but it’s just about trying to chill your dog out. Your dog may dislike a certain part of their daily routine. Whether they’re terrified of baths or hate having their nails trimmed, trying to get them accustomed to these things is a great idea. Walking them past the bathroom more often or pulling out the trimmers can help desensitize your dog and get them used to something that they’re scared of.

Realistically, your dog needn’t fear these things, so persevere and prove to them that they have nothing to worry about!

Dogs need a safe space to call their own, so it’s a good idea to dedicate a part of your house to your dog. Leaving blankets out and creating a soft and welcoming environment for your dog to sleep in is helpful when trying to curb nightmares. Your dog’s favourite toys would also help them to rest easy. It’s all about proving to your dog that they’re safe when they’re catching some shut eye – so get creative!

Some dogs enjoy the safety of cages, but this isn’t always practical for families with little space. 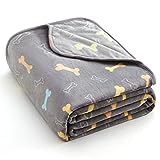 Certain essential oils can be very calming for stressed-out dogs. If you’re looking to quell your dog’s nightmares, pick up some lavender or ylang-ylang oil. These are both safe and relaxing for dogs, and when put through a diffuser they can genuinely improve your dog’s temperament. Don’t go nuts on the essential oils, but a small amount diffused before they hit the hay is a great way to keep nightmares at bay.

We hope that this guide to dogs and their nightmares has been helpful. One of the key things to remember here is that nightmares in dogs is a totally normal thing. The key takeaway here is not to feel the need to wake them in the middle of a nightmare. Just be calm, supportive, and loving when they wake up.

We promise they’ll be back to playing in no time!

Hopefully this has answered your question “Do dogs have nightmares?”

We’ll never know for sure if our dog was having a nightmare or just an active dream – but if you’re asking the question ‘do dogs have nightmares?’ it shows you’re looking out for your furry friend and have their best interests at heart!

PoochingAround is a participant in the Amazon affiliate program, meaning we earn by advertising and linking to amazon.co.uk at no additional cost to readers.